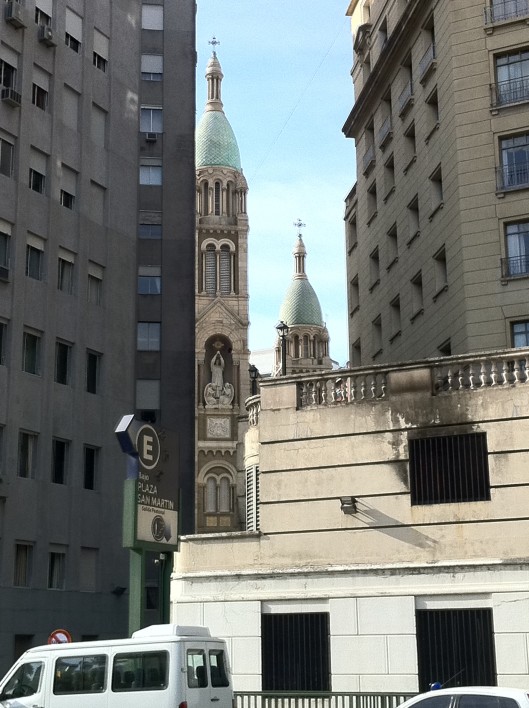 This month the crypt of the “Basílica del Santísimo Sacramento” celebrated it’s 100th birthday. That is a good reason to be mentioned here. The construction of this church was commissioned by the very pious Mrs Mercedes Castellanos de Anchorena, no need saying that she was a member of one of the richest and most important families in Argentina at the time. As many rich people did back then, she bought the materials in Europe, not just Italy (marble), but also from France, Germany (the granite floors) and Belgium (the wooden benches). The highest quality was necessary in order to honour Christ, she said.

In 1911 the crypt was finished, in 1915 the rest of the church was completed. Mrs de Anchorena, who lived in the mansion located on Arenales 700 had full view on this church, which she visited to attend mass every day until the day she died in 1920.

Now a days, the church is a bit ‘forgotten’, as it is blocked from the view, both of the de Anchorena mansion (now Palacio San Martin) as from the Plaza San Martin, by the famous art-deco Kavanagh building.

This Kavanagh building was designed by the architects Gregorio Sánchez, Ernesto Lagos and Luis María de la Torre, and it was commissioned by Corina Kavanagh. It is one of the most impressive architectural masterpieces of Buenos Aires. It is 120m high and was at that time the highest building in Latin America, and the highest reinforced concrete structure in the world. In 1939 it received an award from the American Institute of Architects. In 1999 it was declared national monument.

Today, 70 years after its inauguration, 20 people are working full time in the building to do the maintenance and the security. There is a butler in charge of the 7 ‘encargados’.  As the building is UNESCO world heritage list, the owners dont have to pay municipal tax (ABL). But in return they must keep the building in its original state, outside as well as inside.

The story goes that Corina Kavanagh fell in love with the son of Mercedes de Anchorena. As the Kavanagh family were considered “nouveaux riches”, Corina was considered not good enough to marry into the de Anchorena family. As a revenge she gave order to build a grand apartment building that had to block the view of the de Anchorena family over the church. Ever since that day, when you want to go to the church, you have to go through the “Pasaje Corina Kavanagh”.

Corina  Kavanagh has lived the rest of her life on the 14th floor in the largest apartment, and the only one that occupies an entire floor. She had 2 garden terraces and a splendid view. Revenge is sweet… 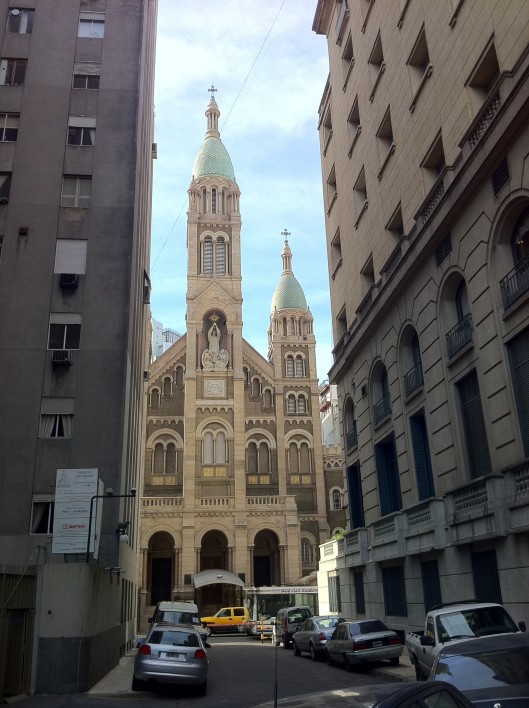 The Kavanagh building, on the right the church. 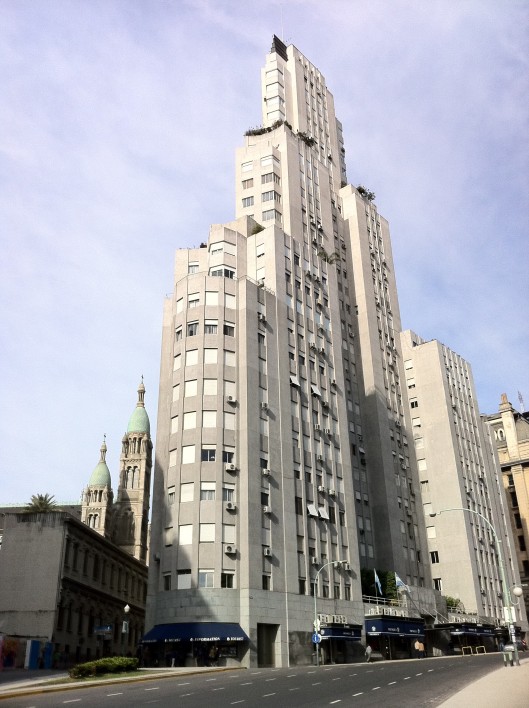 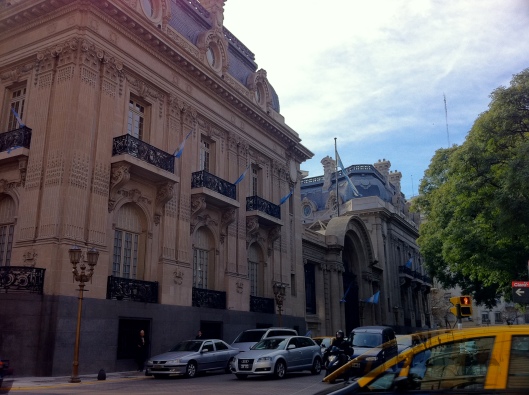