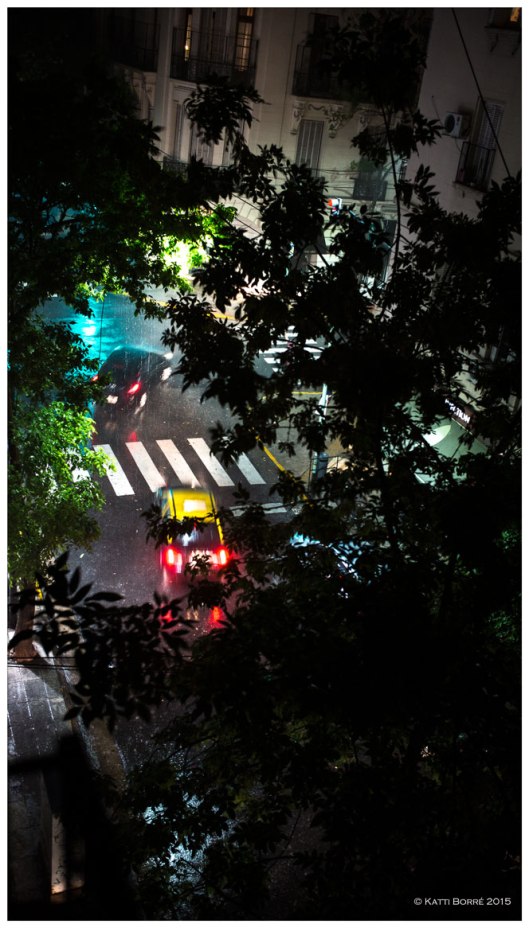 Thunderstorms. How I have missed them!

Says the girl who has always been terrified of them.

It was but when I was expelled from both my mothers’ and my brothers’ bed as a safe place during thunderstorms that, around the age of 12, I decided I had to do something about it.

My parents strongly believed they should not ‘spoil’ their kids. Me biking to school was part of that. Rain or shine (oh and actually, a lot more rain then shine), winter or summer, I was off on my bike. Although I love to blame my parents for being too harsh on me : I totally loved it. I left the house at the same time by bike, as one of my teachers, who lived around the block, did by car and we arrived around the same time. I was home much faster then anyone else. I had probably become the fastest kid-biker of the neighborhood and I enjoyed that reputation.

But there was but one occasion that my mom brought me to school, one exception to the rule. Maybe because they pitied me for being so afraid, but more likely because they thought it wasn’t safe : that was during a thunderstorm. That wasn’t exactly often. There are hardly any thunderstorms in Belgium. There are years that no thunderstorm passes your neighborhood. They last maybe an hour of so, if you’re lucky.
And I decided that biking to school during that rare occasion would help me off my fears. I did it once or twice, only because it hardly ever happened to me. And even when it did, I biked so fast that I arrived in school in 2 thunderclaps.

It was but moving to Argentina that completely cured me, and which, strangely enough, made me even love thunderstorms. Here a thunderstorm is, well, a thunderstorm. It takes hours, or a whole day and maybe even a night, or longer. It rains so hard you need boots to go through the puddles as they are too big and too deep to jump over. Events biggest umbrellas can’t help you from getting soaked. The thunderclaps are so loud it makes the buildings shake, the windows and doors rattle for a minute or longer. The noise seems to echo on and between the buildings, and seems to last forever, until the next thunderclap takes over. Very often it goes together with a serious light-play. A flickering light almost. It is extra ordinary.

Nowadays I tend to go out with, or even without my camera during a daytime storm, and at night, well, I just make sure the window is open so I can hear even the farthest thunderclap, see the lighting, count the time between both, calculate the distance, wait for the next. All this while enjoying the loud noise of a serious downpour, which sounds like music.

Although, I must admit, one does get used to it, to all the noise, the violence : its like living next to the railroad : mostly I just fall asleep, as fast as on any other night, waking up in the morning, hoping the day might bring another storm to come.